I got a new phone this past October, just before I left for a two week sojourn in Germany and the UK. It was supposed to be faster and have a better camera than my previous phone. It had a lot of improvements and features I expected, and a few I didn’t… like all the text messages from my old phone. It seems that in transferring all my contacts, apps, and photos, I also transferred thousands of exchanges between myself and friends and family and exes.

I’ve said it in past posts, but I’ll say it again: text messages and emails with your exes are emotional landmines. Even when you think you’ve got them all safely contained, you stumble on one unexpectedly, and boom! Some part of you get obliterated in a cloud of smoke and verbal shrapnel. 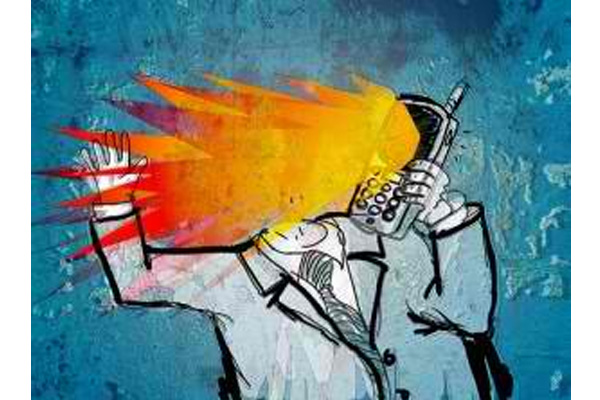 In this case, I had stumbled on an exchange between myself and Clark. It had been just about a year since we had dated and then not dated, and a few weeks since we had crossed paths and decided to start anew with a different tone. And then there they were — every text message sent from our first to our last.

One thing I’ve gotten very good at is moving on after something ends. With Clark, it was difficult, largely because we ended abruptly.  I had allowed myself to fall fast and hard for him, knowing that eventually, I’d hit the ground and that it might hurt. The ground came up on me faster than expected.

I didn’t linger long on or pine for the sweet moments we shared. I stood up, shook it off, and pushed forward… with a visible emotional limp that would handicap me in what came next: a real relationship.

And then I read the texts. All of them. Separated from the exchanges by a year and a serious relationship, I was now a detached 3rd party — a voyeur looking into someone else’s relationship. I was sad for the couple in front of me. There was so much joy and promise in them. The chemistry was palpable. Then the final “hey. You up?” from her which triggered the break up email from him, and then a month later she said: “hey, I have mono. Pretty sure you gave it to me. #SoThisIs30.”

Now that we’re safely just friends, I’ve been tempted more than once to delete them all — especially the ones where he calls me beautiful or says how much he’s looking forward to seeing me or talks about kissing me in the ocean. I don’t want those around when I’m trying to forget that at one time, I thought I might have found a forever guy. And then I read this one and decide to keep them, because this is a good reminder of how I want to feel with each new “something”:

You can never tell if things are going to work at the start, but if we get to be our best selves for a while, then it will have been worth it. You make me smile.