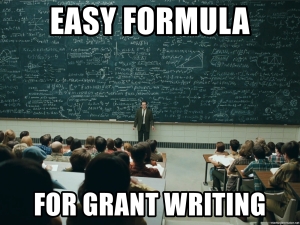 This was the text message exchange that got me to Flatbush, Brooklyn on a rainy Sunday night when I should have been tucked away at home with a pot of tea, a bottle of gin, and a grant application due three days later.
I had been invited out by a German data privacy lawyer I had right-swiped on and who I will hereby refer to as Konig. We were going to travel together to Flatbush, Brooklyn and the absolutely gorgeous Kings Theatre to a screening of  “Monty Python and the Holy Grail,” followed by a Q&A with John Cleese.
We had moved pretty fast from swipe to date, but my right-swipe had not been immediate. Konig was a dead ringer for the Admiral, my Ex (with a capital E), and that made me uncomfortable.
At some point in my early days studying French, a teacher forced my class to sit through an adaptation of “Les Miserables” which implied that the stories in Hugo’s novel were the only stories that existed and ever would exist in the history of mankind. It was very French. However, that idea stuck with me and I’ve sort of translated it into a dating theory: if you’ve been single long enough, you will have two, maybe three “great” romances that play on repeat, in mild variation over and over again over the course of your unattached life.  The Admiral and Frank Hampshire are absolutely those for me.

Besides the physical similarities between Konig and the Admiral, there were other similarities that amused me. Their shared interest in film was one, but isn’t everyone into film? They shared the same birth order with the same number of siblings, with the same genders in the same order. They both earned their first Masters degrees from the same uni in London, only a couple of years apart. They belonged to the same young museum patron program. They both took suiting seriously, though this is where Konig had the upper hand — he was the most beautifully dressed man I had ever met. There were perhaps other similarities, but this is enough… you get the picture. Before I’d even met Konig, I was afraid I repeating history and would once again receive a flunking mark.

Prior to meeting him, in the hopes of settling some of my nerve I did a little social media due diligence. MISTAKE. I stumbled on a relationship past that made an eyebrow raise — a blue-eyed Ex named Cat who was also a fencer. That’s where, as far as I can tell, the similarities between myself and his Ex with a capital E end (she’s a 5’11 runway model.) Every picture I saw of them, he looked madly in love. I wondered, would this be an issue?
It was a treacherously rainy Sunday night. The kind of rain that not only soaks you to the bone, but renders street lines completely invisible. I got pulled over on the drive home for trying to drive straight from a left turn lane. Konig and I said good night after a couple of hours of lively conversation that book-ended the screening. He was the first person I’d met who got as excited as I did about the Seagram’s building… We made plans to see each other the night before he was set to leave for a month in Europe.
And then he cancelled. It was complicated, he said. He could explain more if I wanted, but he didn’t think it was wise for us to move forward.
In a nod to Carrie Bradshaw… I couldn’t help but wonder:
While the similarities we find between new prospects and loves past may only be surface deep, does our awareness of them affect the way we allow the relationship to develop? Had I been superimposing the less admirable traits about the Admiral onto Konig because of a shared surface level biography? Was he doing the same with me? Were we both looking for better variations on a theme, only to find it was better to explore an entirely new tune?

One thought on “Considering Types: Dating your Ex’s Doppelganger”